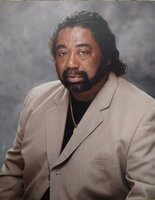 Mr. Donald Earl Jackson "DJ,"  sixty-seven, was born on September 23, 1953 in Dekalb, TX to the parentage of the late Allie Mae Johnson and the late Fred Jackson. He departed this earthly life on September 18, 2021 at his home. Mr. Jackson was in the United States Marines and retired from Cooper Tire in Texarkana, AR.

He is proceeded in death by his wife Sherrilynn Jackson and one sister Tinie Walker.