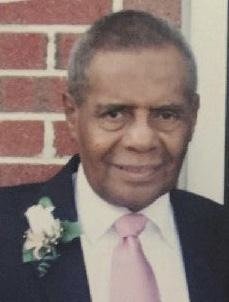 Please share a memory of Eugene to include in a keepsake book for family and friends.
View Tribute Book

Eugene Vaughn was born in Corsicana, Texas to the late L.C. Vaughn and Ester Hubbert. Eugene Vaughn accepted Christ as his Lord and Savior at an early age. He was a member of Hopewell Temple C.M.E. Church until his passing.

He recieved his formal education at Booker T. Washington High School in Texarkana, Arkansas. After high school he was inducted into the United States Army on April 6,1951, where he served his country with his honor and integrity. After bravely fighting in the Korean War, he recieved multiple Medals of Bravery and Commendations. He was honorably discharged as an American Hero on March 06, 1953.

Eugene returned home to Texarkana, Arkansas. He started working for the North American Tank Company, later known as GE Railcar, as a Welder and Crane Operator. Eugene went on to marry the love of his life, Mary Hardin. They were married for forty-five years. From this union they had five children: Micheal Vaughn (deceased), Larry (Gail) Vaughn, Clifton Vaughn, Cynthia (Wendell) Teddleton, and his step-daughter: Patricia Martin. Eugene also has a sister, Gloria (Nate) Howard-Downs, and a brother (deceased), Velma (Jeanette) Vaughn. Eugene leaves a host of fifteen grandchildren, twenty-eight great-grandchildren, two great-great grandchildren, neices, nephews, other relatives and friends to cherish his memory.

To send flowers to the family or plant a tree in memory of Eugene Vaughn, please visit Tribute Store
Friday
12
June

Look inside to read what others have shared
Family and friends are coming together online to create a special keepsake. Every memory left on the online obituary will be automatically included in this book.
View Tribute Book
Share Your Memory of
Eugene
Upload Your Memory View All Memories
Be the first to upload a memory!
Share A Memory
Send Flowers
Plant a Tree
Contact