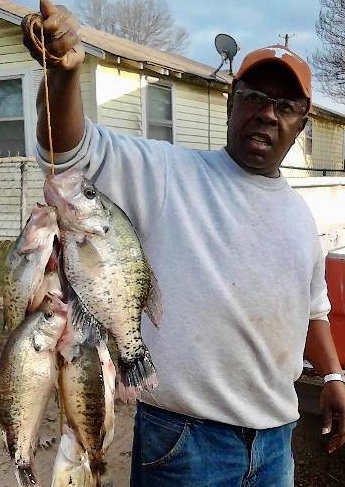 Please share a memory of Willie to include in a keepsake book for family and friends.
View Tribute Book

Brother Willie Lee "Bubba" Allen was born on April 11,1958 in Atlanta, Texas to Will A. and Clarence Lee Allen. He was their last of their six children. He grew up in Atlanta's Shiloh & Booker Washington communities. He attended schools in Atlanta Independent School District. As a teen, he developed love for sports and the outdoors.

On January 13, 1981, he married the love of his life, Norma Gean Garner and together they became Mr. & Mrs. Allen. To this marital union, they had two children: Jason Jarrod & April Leigh' Ann. He was a husband, good provider, father, grandfather, and especially loved fishing. He was a member of Hendrix Temple COGIC as a result of birth. He never blocked his family's involvement. He was comical and looked for ways to bring laughter to every situation. Bubba really never met a stranger and was a people person. He spent most of working years doing warehouse type work.

On Sunday, October 11, 2020 just after midnight, Bubba was given rest from the suffering of this life. He will never be forgotten though he is gone from us. Indeed, he will live on in the hearts of the following: beloved wife Norma Allen; 1 Son: Jason, 1 Brother: Ted (Velma); 4 Sisters: Luvell McGriger (Charles), Evie Hill (Donald), Carolyn Hayden (Lenzy), Bertha Allen; 2 Sons of the Heart: Jevon Jones, Michael Young; 2 Grandchildren, a host of neices, nephews, cousins, uncles, friends, as well as his HT family. His parents and daughter completed life's journey ahead of him.

To send flowers to the family or plant a tree in memory of Willie Allen, please visit Tribute Store
Thursday
15
October

Look inside to read what others have shared
Family and friends are coming together online to create a special keepsake. Every memory left on the online obituary will be automatically included in this book.
View Tribute Book
Share Your Memory of
Willie
Upload Your Memory View All Memories
Be the first to upload a memory!
Share A Memory
Send Flowers
Plant a Tree
Contact