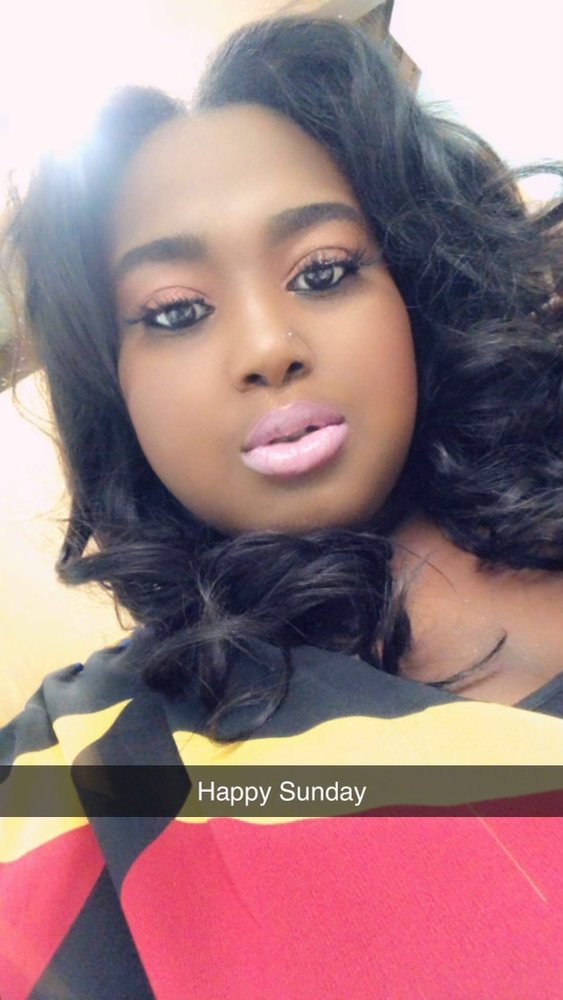 Please share a memory of Hileighla to include in a keepsake book for family and friends.
View Tribute Book
Hileighla Shorday Weston was born to Marilyn Cook and the late Charles Peterson in Hope, Arkansas on March 29, 1991. Her parents Marilyn and Dennis Cook watched as she grew to become a Woman full of God’s precious life and spirit.  She had a great childhood and lived a godly life.   She passed to her Heavenly Reward quietly on November 9, 2020 at 5:15 am under the great hospitable care of Medical City staff in Dallas, Texas.
From the time she was a child Hileighla proved that she was a unique individual with amazing commitment and focus. She was always daring to be different with her bodacious style, her charismatic smile, beautiful laugh, and her crafty words.
From her start as a young girl, she pursued greatness. Her walk with the Lord began in the early stages of her life singing in local choirs, performing with various ministry and arts teams, and serving alongside her parents.  She was always performing and crushing the odds before her.  As a small child, she loved to make others laugh, cook her famous meals, to dance and be the life of the party.  She was continuously creating drama and preparing for the dramatic stage of life-providing humor and hope to those she loved. Her creativity was an understatement. From crafting tutu’s, to braiding locks,  from cutting tee’s in to designer wear  to designing skirts from fabrics fit for stars, this girl was always on Fire with Purpose.
Her teen years were full of surprises. She graduated from Redwater High School. Who knew that this phenomenal woman would crush dreams and become the first African American Homecoming Queen for Redwater High School. As time passed she worked with some amazing people in the restaurant industry as a phenomenal co-worker for Cracker Barrel stores. Although this was a great start, many know her real passion and heart was driven to bring hope, life, and love to children as a teacher.  She loved to teach -all children- no matter their age. She couldn’t wait to see them blossom. She would tap in to her creativity to teach them to find rhythm inside and out. She would break any and every spirit of timidity, rejection, low esteem to bring God’s children to their expected end. You would have to see her handiwork to understand how progressive and quick the anointing on her life would bring transformation to the broken soul of a child. She served as lead teacher both for the Kingdom Kids class and the Transformation Teens of TCI. The students and staff at Dunbar Early Child Center experienced firsthand her amazing spirit and love to teach. Her work as an instructional assistant for the Texarkana Independent School District was dutily noted.
She was a dancer, a singer, an actress, a playwright, model, world’s greatest choreographer, and even a talk show host.  When needed she was a full and a fearless, outspoken activist. She never let her illness inhibit her willingness to Win. During her untimely illness, Hileighla became an activist launching a Day of Hope designed to bring hope and healing to others suffering with kidney disease. Her dream was to fight the disease with her affectionate attitude and through good deeds.
Hileighla was a member of the choir Sounds of Praise under the direction of Minister Kacey Harvey.  Hileighla was headliner in many conferences across the country-Unhibited Worship, Arkansas C.O.G.I.C Holy Convocation, One of her greatest joys was dancing on the stage with Myron Butler for MegaFest at the Potter’s House under the direction of Minister Corey Smith. As a dancer and choreographer, she performed in a number of major productions.  She was the Director OF TCI dance company and transformed the team from a mediocre dance group to a well sought after work of ARTS. Her biggest and most pronounced accomplishment was becoming the founder and host of A.C.T.S : A Night Of Dance where  many were reborn and received Christ.
Preceding her  in death -her biological father, Charles Peterson, her grandparents- Marcellus and Minnie Jean Toney. Left to cherish her memories and ongoing legacy is her husband, Corey Weston, Mother, Marilyn Cook, Father, Dennis Cook, grandmother – Gladys Peterson, five beautiful Sisters Chundeia Warren (Aaron), Crystal Freeman, Myrtis Hooks (William Carl), Osha Stewart (Eric), Kosha Stewart, Brother- Josh Cook, her exclusive “Best” Christopher Geoff – 4 sweet nieces I’yunia Lowe, Jakyla Jackson, Carribean Jackson, Amiyah Hamlett ,3 very brave nephews- Kason Harvey, Elijah “E.J.” Jackson, and Josiah McBride. Her aunts Sandra Guilbeau- Magnolia ,Arkansas, Stephanie Browning- Stamps, Arkansas, Mildred Peterson and Brenda Tippett of Little Rock Arkansas. Her uncles- Apostle Rickey Cunningham (Suzanne) from Camden, Arkansas, John Peterson (Jackie)- Little, Rock Arkansas, and Robert Peterson (Joy) Turlock, California and a host of beloveds. Her very dear sibling -friends- Tanekka Brown,La’Kaih Maggee,  D.J Carrigan, Mitchell Rizer, Lyndon Morgan and Exzavia Mitchell. Her very beautiful God-children Daniel McPhillips, Karter Carrigan, Ka’Mire Carrigan, Lyric Simmons, and Aniyah Simmons.

Throughout her life Tootie “as she was affectionately known” never flagged or waned at the face of defeat. She sang and danced message after message words of hope as she pounded the head of the enemy to bring deliverance to God’s people. She was indeed a weapon of War. She knew it with every turn, every, flag wave, and with every thunderous below from within. She stopped the enemy in his tracks. She continued to be a voice of humanity, speaking out against anything that fettered the human spirit. Her life and her body of literary work trumpet the importance of love, tolerance and forgiveness. She was a warrior for truth, justice and love.

To send flowers to the family or plant a tree in memory of Hileighla Weston, please visit Tribute Store
Friday
20
November

Look inside to read what others have shared
Family and friends are coming together online to create a special keepsake. Every memory left on the online obituary will be automatically included in this book.
View Tribute Book
Share Your Memory of
Hileighla
Upload Your Memory View All Memories
Be the first to upload a memory!
Share A Memory
Send Flowers
Plant a Tree
Contact