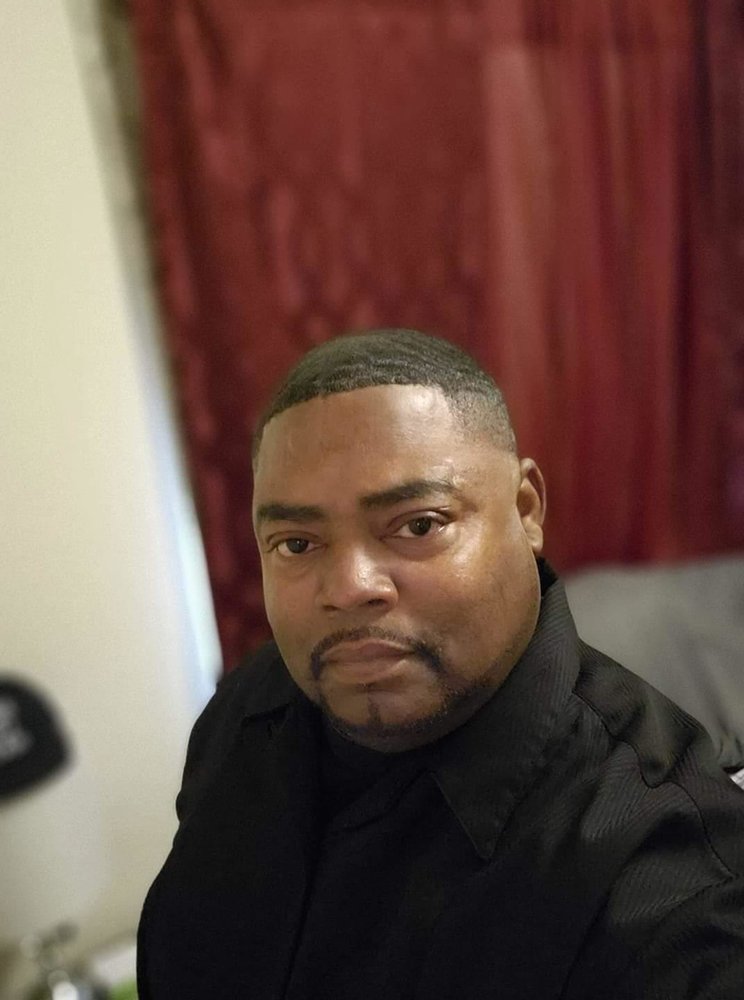 Please share a memory of Charles to include in a keepsake book for family and friends.
View Tribute Book

rest on Thursday, March 5, 2021 at Baylor Scott and White The Heart Hospital, Plano,

Mr. Johnson will be lying in state on Monday, March 15th

with a public viewing from

Charles was born September 21,1967 in Bowie County, to the parents of Lester

While growing up in Texarkana, Charles was a faithful member of Brightstar Baptist

Church under the leadership of Pastor Leteir Davis. He served as a Deacon, Treasurer,

Grounds Keeper and made himself available for any task. After relocating, he became a

member of Cornerstone Baptist Church in Arlington, Texas under the leadership of Rev.

He was an employee at Cutler Construction Company in Oklahoma, City, Oklahoma.

Later, after embracing his culinary skills, Charles became the proud of The Cottage

He later met the love of his life, Terri Cathcart and they married on October 23, 2019.

Charles took his passion and love for the Food Industry to Arlington, Texas. He then

wife. Charles outgoing personality was definitely an asset to the Food Truck. His

presence gave everyone a “WOW” experience. He and Terri continued their Love

Story as residents of Arlington until his recent passing. It was evident to both family and

friends how they treasured their moments together filled with joy and laughter.

In his younger years, Charles participated in competition boxing. Although he was a

sports advocate, his unimaginable love for the Dallas Cowboys was beyond measure.

Charles was intentional about representing them whenever given the opportunity.

Family and friend gatherings, Cook-Outs and making others laugh were just a few

things very dear to his heart.

His Grandparents; Jeat and Susie Johnson, Emmitt and Mary Purifoy, his brother,

James and a host of extended family and friends.

The Johnson Family would like to thank everyone who called, text, visited or provided

care for Charles during his brief time of illness. A special thanks to his personal

White The Heart Hospital for their excellent health care.

Resolutions can be brought to the graveside service or sent to

To send flowers to the family or plant a tree in memory of Charles Johnson, please visit Tribute Store
Monday
15
March

Look inside to read what others have shared
Family and friends are coming together online to create a special keepsake. Every memory left on the online obituary will be automatically included in this book.
View Tribute Book
Share Your Memory of
Charles
Upload Your Memory View All Memories
Be the first to upload a memory!
Share A Memory
Send Flowers
Plant a Tree
Contact