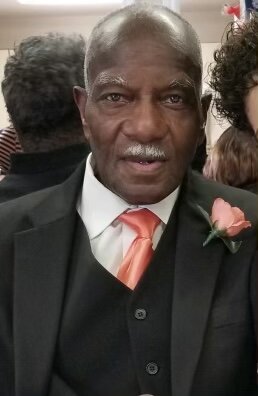 Please share a memory of Hershel to include in a keepsake book for family and friends.
View Tribute Book

Bro. Hershel Jones Sr., was born on Monday, October 03, 1938, to the parentage of the late John Jones and Cora Curry Jones. He was a member of the Evergreen Missionary Baptist Church in Nash, Texas under the leadership of Pastor A. T. Jordan. As a devoted member of the Music Ministry, Bro. Jones played the lead guitar until his health began to fail. He was also a member of the Silver Tones Spiritual Singers for over forty years. He was also employed by Goodyear Tire Company as a Fleet Tire Serviceman for many years.

To send flowers to the family or plant a tree in memory of Hershel Jones Sr., please visit Tribute Store
Tuesday
8
March

Look inside to read what others have shared
Family and friends are coming together online to create a special keepsake. Every memory left on the online obituary will be automatically included in this book.
View Tribute Book
Share Your Memory of
Hershel
Upload Your Memory View All Memories
Be the first to upload a memory!
Share A Memory
Send Flowers
Plant a Tree
Contact