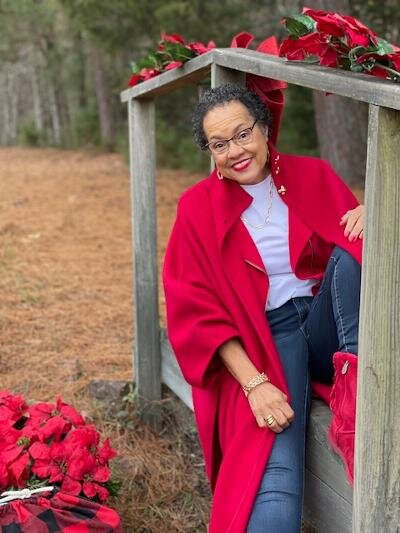 Please share a memory of Raphaelle to include in a keepsake book for family and friends.
View Tribute Book

A Precious Angel was born on September 12, 1955 to the parentage of Mr. Raphael George Davis (Deceased) and Mrs. Millie Belle Davis Deceased. The Davis couple named their precious baby girl Raphaelle Denise Huckaby after her father making her a daddy's baby instantly. Mrs. Raphaelle grew up and attended Atlanta "Texas" High School becoming a graduate of the class of 1973. Mrs. Raphaelle went on to further her education at East Texas State University in Commerce, Texas where she received her Bachelors Degree in Criminal Justice and becoming a Social Worker with MHMR for over 25 years then later becoming a Probation Officer until her retirement. Mrs. Raphaelle was brought up in the church by her parents where she attended Enon Missionary Baptist Church in Atlanta, Texas as well as several clubs such as, The Fine Arts Club, Texas Association of Women and Youth and a former active member of Zeta Phi Beta Sorority. Mrs. Raphaelle later met and fell in love with her ex-husband Mr. Royal Anthony Huckaby Sr. to which their marriage brought forth 3 beautiful Children starting with their first born child Andrea Huckaby of  Fort Worth, Texas Denisha (Michael) Mathews of Spring, Texas and her youngest and only son Royal Jr. (Valencia) Huckaby of Texarkana, Texas, Mrs. Huckaby is also a proud grandmother of 6 grandchildren, Kylar Mathews, Ariana White, Maci, Malia, Maya Mathews, Gia Huckaby and 2 Grand Puppies Willow and Jax Huckaby. Though she is gone from us physically but she will live on forever in our hearts, minds, and offsprings.

To send flowers to the family or plant a tree in memory of Raphaelle Huckaby, please visit Tribute Store
Friday
15
July

Look inside to read what others have shared
Family and friends are coming together online to create a special keepsake. Every memory left on the online obituary will be automatically included in this book.
View Tribute Book
Share Your Memory of
Raphaelle
Upload Your Memory View All Memories
Be the first to upload a memory!
Share A Memory
Send Flowers
Plant a Tree
Contact