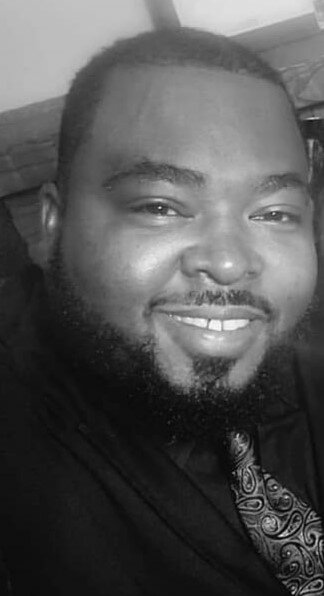 Please share a memory of Johnny to include in a keepsake book for family and friends.
View Tribute Book

Johnny V. Gray Jr, beloved son of God and cherished by many, answered his call to glory Friday, November 4, 2022, at the age of 45.

Johnny V. Gray Jr. was born on May 30, 1977 to the late J.V. Gray Sr. and Mae E. Gray of Texarkana, AR. He was a born-again believer and follower of Christ who loved God and His people. Pastor Johnny was known for his humor and humility even during the greatest situations, trials, and challenges this life threw at him and those he loved. He was a devoted mentor and pastor alongside his wife of CBC Ministries of Texarkana, AR. who cared, loved, and pushed others to keep growing in Christ. He would often say that God did not call him to hold His people captive, but to give them the tools needed to help set them free. Pastor Johnny was an amazing father to his 5 children and a devoted husband to his beautiful wife, Angela Gray of 15 years.

Pastor Johnny V. Gray Jr. graduated from Arkansas High School in Texarkana, AR. in 1995, where he was cherished by many of his peers and teachers. He was also a dedicated supervisor of American Airlines (Envoy) of Texarkana, AR. for many years; where he was more than an employee, but family, a spiritual mentor, friend, and brother to anyone who needed him.

Pastor Johnny loved his family above all else and would often ask if they came with a manual. He didn't have all the answers, but He continually sought the One who did. He observed, he listened, and was often a man of few words, but when he spoke it was undeniably God's Wisdom speaking. Johnny, you left a mark that cannot be erased, pastor Gray left a spiritual legacy that is still being written. You will be missed Johnny, but never forgotten.

To send flowers to the family or plant a tree in memory of Johnny Gray Jr., please visit Tribute Store
Friday
11
November

Look inside to read what others have shared
Family and friends are coming together online to create a special keepsake. Every memory left on the online obituary will be automatically included in this book.
View Tribute Book
Share Your Memory of
Johnny
Upload Your Memory View All Memories
Be the first to upload a memory!
Share A Memory
Send Flowers
Plant a Tree
Contact