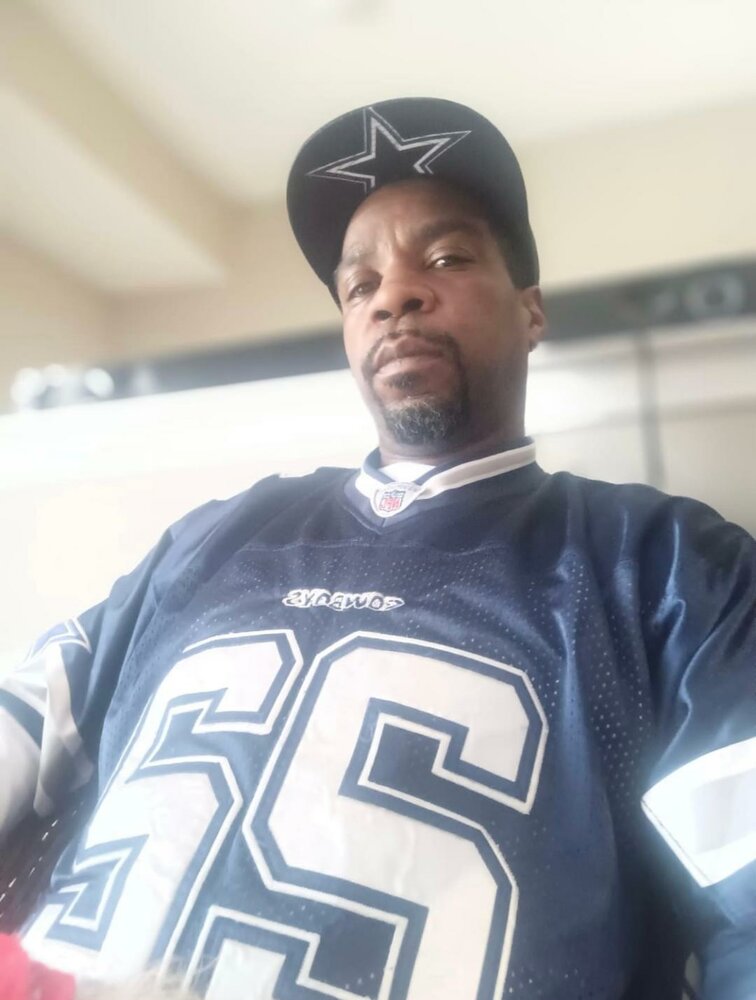 Please share a memory of Timothy to include in a keepsake book for family and friends.
View Tribute Book

Mr. Timothy Wayne Oliver 41  born March 1, 1981 in Dallas, Texas to the parentage of Mr. Charles Peterson and Ms. Faith Oliver. Timothy whom everyone called T.O. was a very protective brother, son, and father who truly loved his family. Timothy grew up in the Dallas Metro and attended the A. Maceo Smith High School, after graduating high school Timothy enlisted with The United States Navy and was later honorably discharged from service. T.O. absolutely loved the Dallas Cowboys which probably what inspired his favorite colors of navy blue & white. If T.O. was not watching his Dallas Cowboys play football he was more than likely doing his other favorite pastime, in the kitchen frying his famous finger and paw licking chicken. Timothy is preceded in death by his father Charles Peterson but leaves to cherish his memories his loving mother Faith Oliver of Garland, Texas, 1 son Ty Quan Barnes, 1 daughter Tyrika Barnes both of Meridan, Mississippi, 1 brother Charles (Brashun) Oliver of Dallas, Texas, 1 sister Shaunette (Desmond) Oliver-Dale of Dallas, Texas, and several nieces, nephews, and cousins. Though T.O. has transitioned from this life to eternal life he left many everlasting memories in our hearts and minds.

To send flowers to the family or plant a tree in memory of Timothy Oliver, please visit Tribute Store
Saturday
7
January

Look inside to read what others have shared
Family and friends are coming together online to create a special keepsake. Every memory left on the online obituary will be automatically included in this book.
View Tribute Book
Share Your Memory of
Timothy
Upload Your Memory View All Memories
Be the first to upload a memory!
Share A Memory
Send Flowers
Plant a Tree
Contact